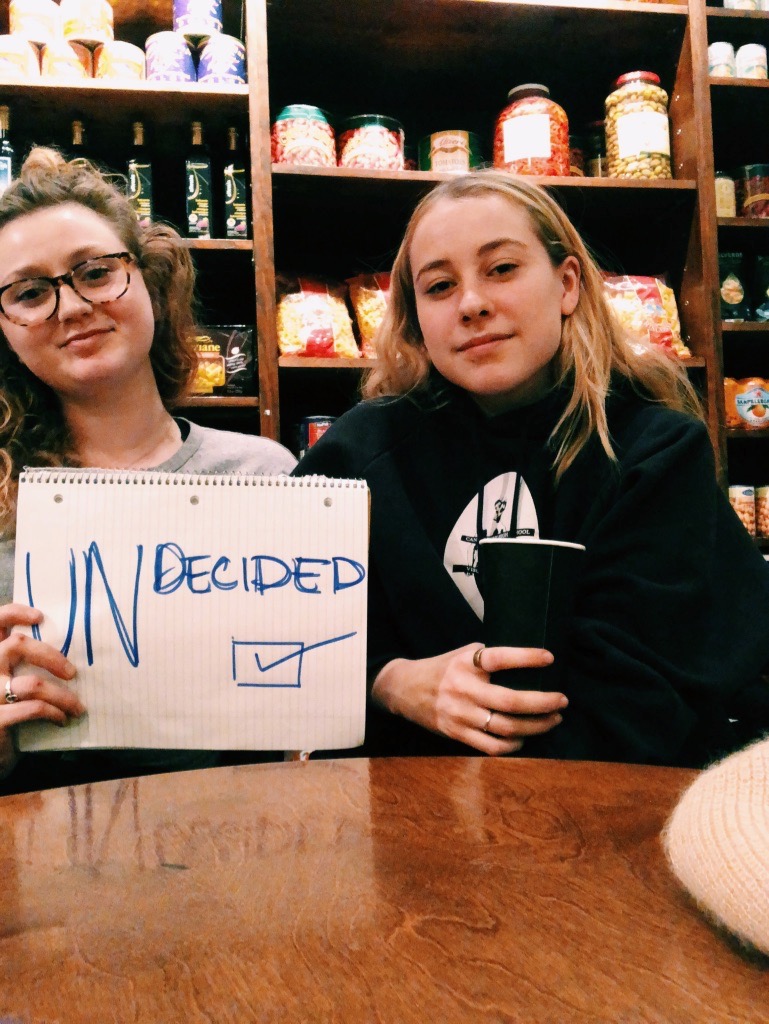 Hello to our listeners after our two-week hiatus (read: school hellhole/abyss) from the podcast. We are BACK and are here to give you some tools to help you make your decision in your municipal election on October 22nd (tomorrow!).

What follows is our formula – give yourself 30 minutes to sit down and do this TINY bit of research that will ensure your vote goes to the best place for YOUR priorities.

If you’re in Toronto, Know Your Vote T.O. has centralized some of the tools you need to make your decision, so go there now before you begin to help you navigate this crazy bullshit!

If you’re not in Toronto, DO NOT FRET, we’ve got your back with tips & tricks.

#2 Rate your issues from most to least important. Here are the issues municipal elections usually revolve around:

#5 Choose your school board trustee

And finally, some news from the last couple weeks to have on your radar:

UN CLIMATE CHANGE REPORT: Hey guys!! We have until 2030 to prevent the dangerous destabilization of Earth’s climate – less than 12 years from now, according to a new report from the United Nations..

Lol cool so we’ll just go set ourselves on fire now!!! But for realz, the only way we can stop this is to elect some people that are gonna do something about this, so make sure you do that.

Here’s the episode of Family Compact about Climate Change and corporations we mention in the podcast, which has a comprehensive breakdown of the report and possible solutions that will both reduce carbon emissions and redistribute wealth.

Volunteer roundtable on violence against women dissolved by Doug Ford

The title pretty much says it all, but in addition to this, sexual assault centres across the province, which were waiting on an increase in funding from the government promised to them by the Liberals, have been told that their programs are now “under review.”

And you can buy it online and in stores across the country! Rejoice! On a very serious note, however, this legalization act requires a very close look at amnesty for people who have criminal records relating to cannabis possession.

“… In Toronto, Black men are three times more likely to be charged with simple possession of marijuana than white men. What’s needed now, say lawyers and academics who’ve recently launched the Campaign for Cannabis Amnesty, is an amendment to Bill C-45 that will grant pardons to those who have been arrested for simple possession.”

While the federal government intends to issue pardons for cases of possession of 30 grams or less (as that will be legal as the new recreational legalization), they are not issuing record expungements or amnesty for these individuals. Having a criminal record greatly affects a person’s ability to get a job and travel, among other things, so this is something we’ll be looking closely at in the coming months.

We’ll be taking a short break after the municipal elections to ~breathe~ and then we’ll hit the ground running some time in November for our third and longest season yet, which will revolve around federal politics in preparation for the federal election in October 2019!